Litho stones still up to date

A stone quality that once revolutionized the world of images

The Solnhofen natural stone suddenly became world famous in 1798 with the invention of lithography. An invention by Alois Senefelder that revolutionized the world of image communication, just as the invention of the printing press once revolutionized the distribution of texts. Today this legendary stone is in demand not only among artists as a litho stone, but also worldwide as an exclusive natural floor covering. 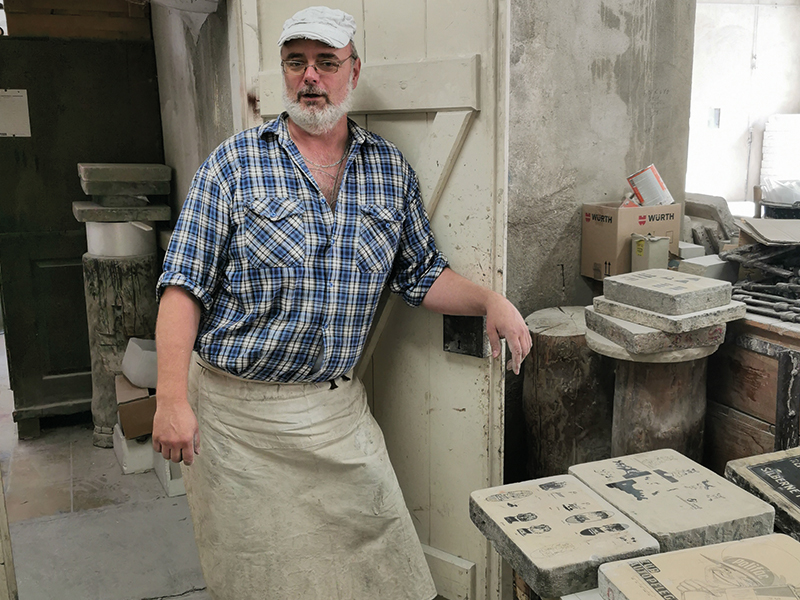 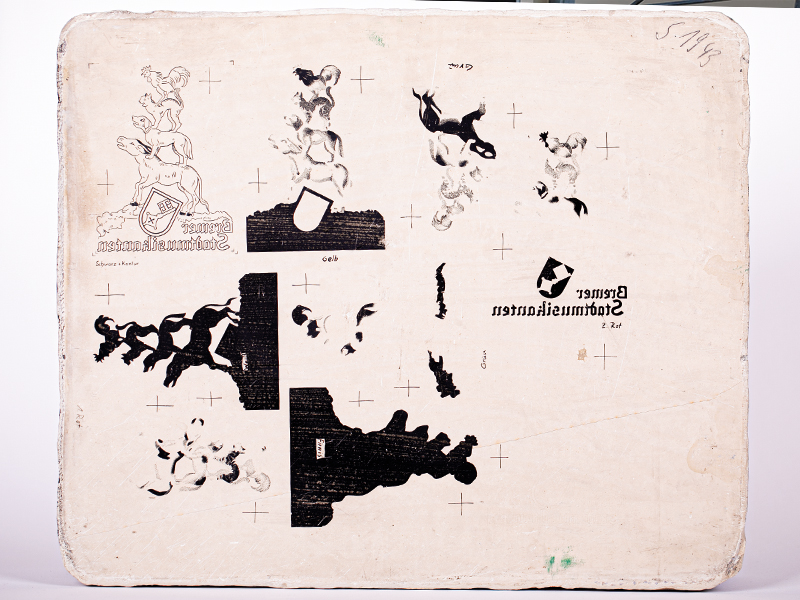 Every printing technique requires a print template, i.e. a medium with the content that is to be printed. A lithographic stone is used for this in stone printing. Solnhofen Natural Stone, an extremely hard plate lime, is considered the world’s best material for lithographic printing plates. Even if the era of lithography as a mass printing process is long gone, a technique that made it possible for the first time to print images integrated in text at reasonable costs, this printing technique is still very much in demand by artists. All lithography stones that are used worldwide today come from the Solnhofen Stone Group, the market leader in Solnhofen natural stone slabs for architecture and construction.

Every stone has a story
Real artists with an eye for details worked on the lithography stones and created the templates for the later paint jobs in individual images, so that in the end a colored overall picture emerged. From the Münchner Kindl to the Bremen Town Musicians – all these pictures of the past were once made on the famous stone lithograph from Solnhofen.

Unique evidence of design and taste
Thousands of lithographic stones are now owned by the SSG Solnhofen StoneGroup. Witnesses of times gone by and at the same time a source of ideas and inspiration for today’s artists. Lithography stones are still the basis for very special works.

Artistic clip on the subject of lithography around the stone that made lithography history, the Solnhofen natural stone. Goethe-Guerilla sponsored by Goethe-Institut.